Cause and Treatments for Spider Veins - The Ageless Center

Cause and Treatments for Spider Veins A surprisingly common condition, spider veins are similar to varicose veins, but less defined and closer to the skin’s surface. They are often blue or red in color and resemble tiny spider webs in the form of short, fine lines that form on the legs or face.

Like varicose veins, spider veins (which are also known as leg veins) are often caused by a back-up of blood in the veins. This usually happens when the valves in veins weaken. However, spider veins may be caused by hormonal changes, by excessive exposure to sunlight, and also injury.

While spider veins are very common, particularly in people over 50, there are ways to lessen the risk of them developing. There are also ways to help treat them.

One of the reasons spider veins frequently occur in the legs is due, quite simply, to the pressure of body weight along with the force of gravity. Unlike veins in other parts of the body, leg veins have to endure enormous pressure as they carry blood from the feet to the heart. If the pressure is stronger than the valves in the veins, spider veins – and quite likely varicose veins – are likely to form. When people are obese or overweight, there is even more pressure on the veins in the legs!

Sometimes people are born with weak vein valves, which will increase the risk of spider veins. They also seem to be hereditary, so if other people in your family have them, there is more of a chance you will too. But being aware of preventative causes can help prevent them. For instance, a general lack of movement can be a strong factor, particularly for people who sit cross-legged or with their legs bent. Even if you have to stand for long periods of time, your leg veins will be forced to work a lot harder pumping blood to the heart.

Exposure to the sun is another cause that can be controlled. While fair-skinned people are most likely to develop spider veins on their nose or cheeks, it stands to reason that everyone should use protective sun creams if they are going to be exposure to harsh sunlight.

Pregnancy is another common cause of spider veins. As the uterus grows there is increased pressure on the veins. The volume of blood in the body also increases during pregnancy, which commonly causes veins to become more enlarged than usual. Additionally, hormonal changes during pregnancy as well as during puberty and menopause appear to contribute to the development of spider veins. Medication that contains estrogen and progesterone (including birth control pills) could also contribute to the formation of spider veins.

Another very common cause is increasing age, which none of us can control. The fact is that as we age, the valves in our veins weaken and they don’t work as well as they did when we were younger.

How to Help Treat Spider Veins

The most common treatment for spider veins is sclerotherapy, which involves dosing the veins with a special solution that makes the veins close and may help them to disappear. It is a minor procedure that doesn’t require surgery or anesthesia.

If you suffer from spider veins and are in Georgia, visit The AgeLess Center, the leading studio for cosmetic enhancement. Their spidervein treatment is regarded as the best in Atlanta for service and for price.

What Our Clients Say

Kyle Wilcox Garges
Verified
I had a wonderful experience at The Ageless Center with The Blonde Britt, Brittany S. She is the best in the business! She has an amazing, really calming way about her. She spent time with me and listened to my questions and concerns and we discussed the best options for me . She has an eye for beauty and is very talented and I trust her. She cares about her clients and is extremely knowledgeable in her field and was able to do exactly what I needed. I am beyond thrilled with my results. The injections were painless and I felt very comfortable. She also recommended some great products. Thank you Brittany S. and all the team at The Ageless Center, I will look forward to seeing you all soon!
Read more

Christian Diablo
Verified
This place improved a LOT with new ownership (a few years back). The quirky and delightful front desk guy is still there, so that's a good hold over. The only thing weird about this place is that their nurse attrition is very high here. Maybe they don't pay well? I don't think i've ever had a nurse last more than 9 months before shipping off.
Read more

MrsDavidBanner
Verified
So I've received injectables since 2006 from the same person but, elsewhere. I heard about the miraculous Dr. James at The Ageless Center and thought I would pay him a visit. I'm AA and picky about who pokes my face! I wanted several things done but was willing to listen to his superior suggestions. So glad that I did. He performed one procedure folks. ONE! on each side of my face and I haven't put the mirror down since. I don't quite understand their pricing, I'm used to paying double that for a syringe. But you will hear no complaints from me regarding this place, I would give it 10 stars. And careful when James walks in...he might be the most beautiful human inside/out ever!
Read more

Carly Upchurch
Verified
I cannot say enough great things about The Ageless center. Everyone is wonderful. Brittany S is the best. Brittany S energy is amazing.Just a really calming, easy way about her. She LISTENS to what you are trying to achieve. She has an eye for beauty aesthetics specific to the individual. I needed natural, subtle, but still enhanced and she hit the nail on the head! I have been to hundreds (ok maybe not that many) of people, and she is BY FAR the best! Her injections were painless, she was professional and honest.She made me feel beautiful and I can’t thank her enough for that. Excited to continue my treatments with her. Trust me….. go see her.
Read more

Karhleen Conley
Verified
Such perfection today. I had my first appointment with James and although I have been going for years he is truly such a personable professional that you immediately trust him completely. The entire staff at the Ageless Center is wonderful and such a joy to deal with. Of course here goes the but.....I will always go back to James. Such a delight! Kathy Conley
Read more

Laura Allsop Scott
Verified
Dr James is the BEST! He actually comes in and sits down before anything and has a conversation on what you are wanting done. Then after he gives a recommendation that he feels will work best. And then he does his magic and you leave feeling very happy and feeling beautiful.
Read more 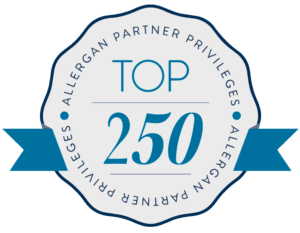 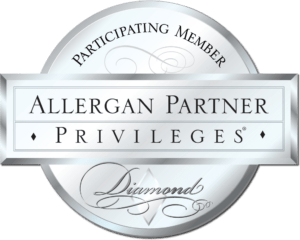